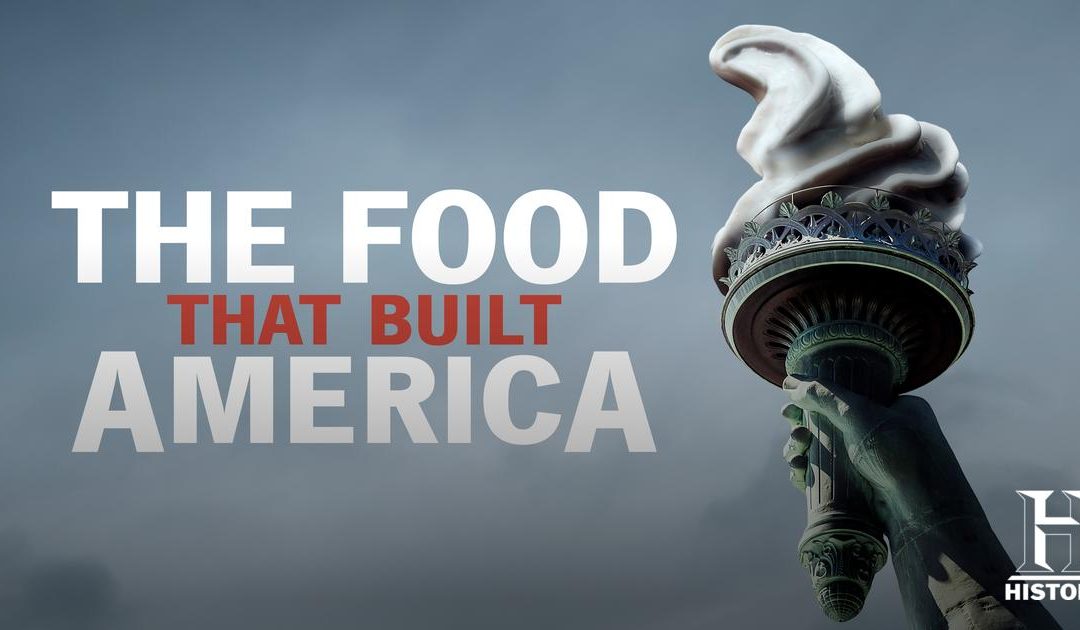 We at the American Business History Center are delighted to announce that we will soon make our first appearance on national television!

Last year, the producers of the History Channel series “The Food that Built America” approached us for research on several stories they were developing for their second season, after their first season was watched over 18 million times.  This season begins this Sunday, Valentine’s Day February 14, at 9 PM Eastern time on the History Channel.

Before agreeing to participate, we watched several episodes from their first season and assured ourselves that the producers were doing a good job on the stories, telling them accurately.

We have been very disheartened by the lack of filmed entertainment, for big screen or small screen, that accurately tells the stories, the human drama, of entrepreneurship and business.  It was very refreshing to find well-produced, historically accurate programming with outstanding re-enactments and solid expert commentary.

We were impressed with what we saw and proceeded to film several sessions with them last fall.  The people we worked with were dedicated to getting the story straight.  They did not take liberties with the facts in order to create drama, as so many producers do.

Each program is set up as a business battle.  The first episode focuses on the fight between the Carney brothers’ Pizza Hut and the upstart Tom Monaghan’s Domino’s.  The second episode is about chocolate, including the stories of Reese’s and Hershey.

I will appear in four of the estimated fifteen episodes this season, covering Coke, Pepsi, canning giants HJ Heinz and Campbell Soup, and a cheese battle between Kraft Foods and the Pabst Brewing Company.  We do not know when these episodes will air.

We have no idea how much I will appear or whether I come across well but are eager to find out.  If the producers follow our request, the American Business History Center will get credit for my appearance.

In any case, this is a nice step forward for the American Business History Center as we approach our second anniversary in May.  Our newsletter is attracting new subscribers and website pageviews have grown by 500% over the past year.  So our young organization is off to a nice start.

We urge you to tune in to this television series and tell your friends and relatives about it.  It should air every Sunday evening for many weeks.  Each amazing story tells shows the drama behind brands that have become household names.  The series is one of the best things we have ever watched that shows what it takes to succeed in business and the amount of fortitude and imagination required of successful entrepreneurs.