by Gary Hoover | May 8, 2022 | Articles, Data, Demography and Geography, Newsletters 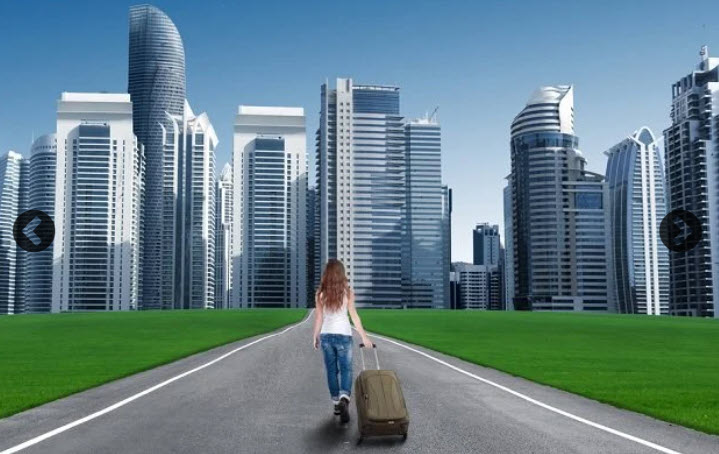 In the twelve months ended on July 1, 2021, Dallas-Fort Worth and their suburbs attracted almost 75,000 people from around America, while the greater San Francisco Bay area witnessed more than 170,000 folks running to other parts of the country.  These population shifts are the “plate tectonics” of the American economy.  Only over time do they create the business volcanos and earthquakes reported in the headlines.

We are overwhelmingly urban, with our cities and suburbs grouped into metropolitan areas by the US Census Bureau.  We have in the past examined which American metros people were moving to and which ones they were fleeing, over the last decade.  This animation tells the full two-hundred-year story of America’s urban growth and competition.  That was before Covid.

Below, we present two simple tables based on recently released population estimates.  (The source data is here.)  These tables show which metropolitan areas drew or repelled people between July 2020 and July 2021, providing a look at our national trends after peak Covid.  The tables use the largest urban definitions from the Census, which can be very large: San Francisco, San Jose, and Oakland, plus all their suburbs, are grouped into one “Combined Metropolitan Area,” as are Baltimore and Washington.

Migration within the fifty states, plus international arrivals and departures, tell the story of the ever-mobile American people.  As shown on the older data linked above, we have been moving away from older cities like New York and Chicago for many years.  Yet often the number of people leaving them has been offset by new arrivals from abroad, who often settle near the coasts, including the big California cities and Miami.  But the pandemic dramatically reduced such international migration.  The numbers shown below are dominated by domestic migration.

People vote with their feet, moving to find economic opportunity, better schools, better climate, and many other features.  Motivating factors include taxes, crime, housing costs, job shrinkage or growth, and even political attitudes.  In just the twelve-month period examined in these tables, millions of people uprooted their lives to move across the land.  Some of the numbers, like New York’s loss of 350,000 people in one year, are staggering.  (Keep in mind that these numbers only reflect migration, and do not include the births and deaths that also affect total population numbers.)

These are the metropolitan areas that gained over 10,000 domestic (excluding international) migrants in this 2020-21 period:

Of the formerly booming regions of California, only Riverside-San Bernardino-Ontario still attracts movers, many of them from nearby Los Angeles.  The rest of the list is dominated by the southeastern United States, from Texas eastward, plus some standouts in the west like top-ranking Phoenix.  Note the red markings for those cities that attracted 3% or more to the population they had a year earlier.  See how long the list is, as people leave a few giant cities and end up in more diverse locations.  Perhaps our country is “decentralizing,” with more communities sharing in the growth and smaller cities often rising rapidly (Southwest Florida!).

In sharp contrast, these are the metro areas that lost more than 10,000 domestic migrants in the same time period:

The numbers in this list can be quite shocking.  These cities contain about one-third of the American people, but over a million left them in just twelve months.  The list of cities losing over 10,000 to domestic out-migration is far shorter than our list of “winners” above.  Those losing over 1% of their people are marked in red, led by the much smaller Lake Charles, Louisiana, which likely felt the slowdown of the energy industry.

The 2020s will be interesting: will these trends continue?  Accelerate?  Or after Covid, will more people stay in the older cities and the growth of the boomtowns slow?  We will continue to observe and report on these trends.