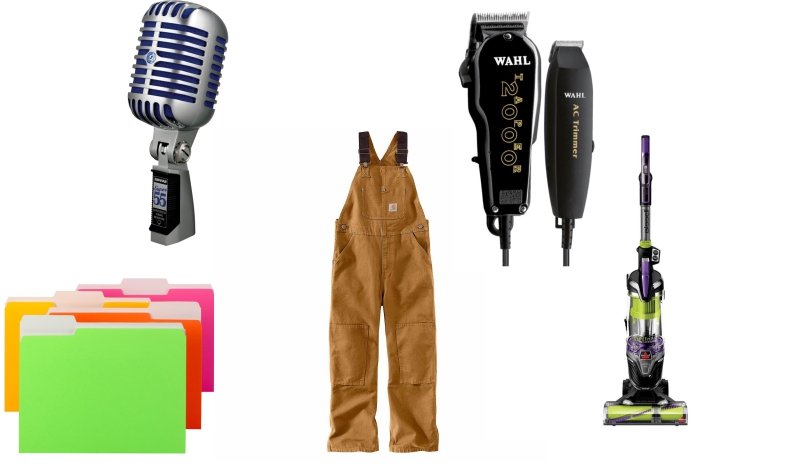 America has hundreds of thousands of privately-held, family-owned businesses.  Thousands of them are large.  The list of the largest ones is topped by the hundred-billion-dollar grain and commodities dealer Cargill, the diversified Koch Industries, and candy and pet food giant Mars.

Hundreds of these family companies lead their industries, often in smaller niches or by making specialized, differentiated products.  They are what brilliant business author Hermann Simon calls “Hidden Champions.”  Some of their brands are internationally known.  Some you may recognize, others you may not.  All of these companies have deep histories.

In the following paragraphs, we briefly describe five such family businesses which we find interesting. While each of these companies generates between three hundred million and a billion dollars in annual revenue, none of them make the list of the three hundred or so largest private companies in America, which requires revenues of at least two billion dollars a year to qualify.

The five we touch on today are all global leaders in their fields, and proud of their heritage and engaged in helping their communities, which they have never left:

In 1876, Melville Bissell and his wife Anna owned a crockery shop in Grand Rapids, Michigan.  They tired of cleaning sawdust off the carpet, so Melville invented an easy carpet sweeper.  Customers asked if they could buy one, and the Bissells started making them.  Thirteen years later, in 1889, Melville died, and Anna became one of the first women CEOs in the nation.  She continued to serve as president and then chairman of the board for the next forty-five years.  By the 1890s, Bissell sweepers were known internationally and the company was building 1,000 a day.

Through continuous innovation and new product introductions, Bissell has grown ever since.  In recent years, they have added products to serve pet owners.  Today the company, still in the Grand Rapids area, is run by Melville and Anna’s descendant Mark Bissell and is still owned by the family.  Annual revenues are estimated at eight hundred million dollars.  For more on the company’s history, see https://www.bissell.com/about-us/our-history.html.

Another company with a proud history is Carhartt, of Dearborn, Michigan.  Hamilton Carhartt started the company in 1889 to make work clothing for manual laborers.  In the next ten years, he found a major market in railroad workers.  Carhartt products were (and are) made to be extra durable and to withstand weather, fire, and abrasion.

Over time, the company’s market expanded to include construction workers, ranchers, and today even hip-hop artists.  Employing over 5,000 people worldwide, the company is still owned by the family, with Melville’s great-grandson Mark Valade serving as chairman and CEO.  Annual revenues are in excess of six hundred million dollars.  Like Bissell, Carhartt is proud of its history, which can be found at  https://www.carhartt.com/content/carhartt-history?icid=LINK-about-history.

Twenty-three-year-old Sidney Shure started selling radio parts kits in downtown Chicago in 1925.  The following year, he added a mail order catalog, and by 1928 had over seventy-five employees.  The company began to distribute microphones made by others and in 1932 introduced their own Shure microphone.  By World War II, the company had become a major microphone maker and their products were respected worldwide.

Over time, Shure introduced phonograph cartridges and other products for the recording and broadcasting industries.  Sidney Shure remained active in the company until his death in 1995 at the age of ninety-three, at which time his widow Rose took over the chairmanship, living another twenty-one years.  In 2003, the company moved into a beautiful building in Niles, Illinois, designed by famous architect Helmut Jahn.  Still owned by the family, Shure’s revenues are believed to exceed five hundred million dollars per year.  Extensive information about the company’s history can be found at https://www.shure.com/en-US/about-us/history.

Charles Smead was a traveling salesman for the Barnard office supply wholesaler of St. Louis.  At the time, folders containing office paperwork were held together by rubber bands and strings, which deteriorated over time.  Smead talked about better ways to organize information with a customer, Peter (P.A.) Hoffman, the County Auditor of Dakota County in Hastings, Minnesota.  Hoffman developed a “bandless” file folder which had metal clasps built in, eliminating the need for rubber bands.  In 1906, Charles Smead set up a company in St. Paul to make the bandless files. Just three years later, Smead fell down the stairs and died, and Hoffman took over.  By 1916 P.A. Hoffman owned the company, based back in Hastings.

Over time, the Smead company added more products and acquired other office products makers, expanding into all sorts of file folders and related products.  P.A.’s son Harold took over day-to-day management when his father suffered a stroke in 1928.  In 1955, Harold died and his widow Ebba took over, making the company a woman-owned company.  Ebba continued to run the company until 1998, when the eighty-six-year-old turned over the reins to her daughter Sharon Avent.  That same year, Smead bought the Dutch Atlanta Group in order to enter European markets.  By the company’s one hundredth anniversary in 2006, revenues exceeded five hundred million dollars a year.  Sharon still serves as CEO today, continuing a tradition of female leadership.  The company remains in Hastings, Minnesota, and is very proud of its history, as indicated by the excellent PDF file downloadable here: https://www.smead.com/Director.aspx?NodeId=970.

In 1911, Sterling, Illinois, high school student Leo Wahl developed a motorized massager for his uncle, which he sold to doctors and barbershops. Leo then studied engineering at the University of Illinois. In the barbershops, he realized he could use his technology to make powered hair clippers, which he patented in 1919. Leo took over management of his uncle’s manufacturing company, and by the 1930s the clippers were in thousands of barbershops. The company began selling directly to consumers in the 1940s.

Continuing under Wahl family management and ownership, the company introduced the Groomsman Beard and Mustache Trimmer in 1984. It was a huge success. In the 1990s, revenues crossed one hundred million and the company expanded overseas, even buying a British maker of sheep-shearing equipment. While its products are sold in one hundred and sixty-five countries today, Wahl has remained in its hometown of Sterling, Illinois. Annual revenues of the family-owned and family-run company are estimated to be three to five hundred million dollars. You can find a great timeline of the company’s history at https://us.wahl.com/.

Bissell, Carhartt, Shure, Smead, and Wahl are just a few examples of the great American tradition of the family-owned business. You won’t hear about these companies on Wall Street or in the pages of the financial journals, as they remain proudly private. Without raising money from outside investors, they have plowed their profits back into their businesses and their communities. In the process, each has built a global brand and become a leader in its industry. There are hundreds more stories like them. We invite your recommendations of other companies to write up in this free weekly newsletter!

We invite you to send us any questions or thoughts you have by responding to this email.

As always, we appreciate your time and interest. Please pass this email along to anyone you think might find it of interest. Donations to support our cause, learning from business history, are always welcome!