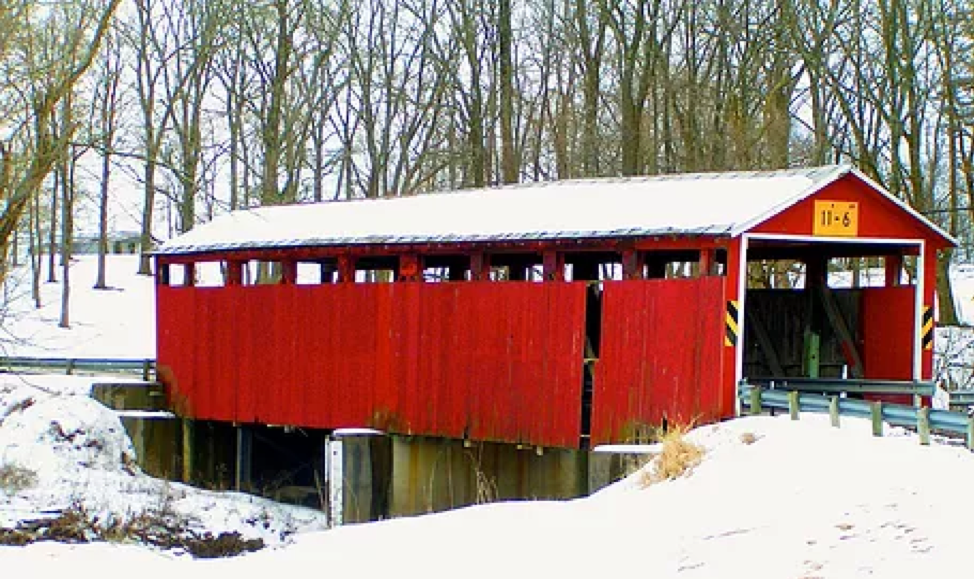 We are very proud to announce the winners in our first annual Student Essay Contest, open to American residents eighteen or under who submitted a history of a local company.  Thanks to our donors, we are able to give out $7500 in prizes, including a $3000 first prize.  The winners are listed below, and checks will be mailed this month.

The best essays we received were excellent, and the very best of them were beyond excellent.  Judging them was a real challenge, with a lot of near ties.  After the list of winners, you will find information on the first prize winner, Honor Persing of Ohio, followed by her excellent history of a local company, Champion Bridge.  In future newsletters, we will feature the second and third place winners and their essays.

We appreciate everyone who sent in an essay, and look forward to our second annual essay contest, which we may open to college students, next year.  It is very gratifying to see young people learning about business and so many great emerging writers!

Today’s company history is by our first-place winner, Honor Persing.  Honor is an eighteen-year-old high school senior from Ohio. She’s homeschooled along with her six siblings, and she loves to write. In her spare time, she de-stresses by tackling ambitious baking projects in the kitchen and reading classic literature. Honor plans to pursue a degree in English from Liberty University Online and marry her fiancé (currently in Navy flight school) next fall.

“Bridging Past and Future”

The History of Champion Bridge Company

The first thing I remember is the covered bridge. When I was three years old, my family moved from Pennsylvania to Ohio. Just a few hundred yards down the road from our house is an old wooden covered bridge—the only one in the county. A few weeks after we moved in, the county engineers began restoring the bridge, and my mother would take my sister and me to watch the progress. The old covered bridge is where we first met our new neighbors, and where we spent hours watching equipment and construction workers the first summer of our move. It’s the first clear memory I have of life in Ohio. Then, it was just an old bridge—worn, hand-hewn beams, the pungent smell of old lumber, and the trickling of the creek below, punctuated by the rumble of cars, bumping through. At the time, the name Champion Bridge Co, and the name of the man who built the bridge, Zimri Wall, meant nothing to me.

Fast forward eleven years: my dad was looking for a job closer to home, in our local community of Wilmington, Ohio. That was when he accepted a position as project manager at Champion Bridge Company, the same company that had built the bridge behind our house 150 years previously. That was when I realized that the Martinsville Road Covered Bridge was more than just a neat old structure- it was a tribute to craftsmanship, to things built well, and a visible link between the past and the future. The company that built the little, unassuming bridge on my road in 1871 was only getting started. It would go on to build bridges across the nation, survive a massive depression when many of its competitors faltered, become the oldest continuously operating business in the area, and strengthen its community with ties of steel.

In the mid-nineteenth century, Zimri Wall began building bridges in Clinton County. His first projects were completed in the 1850s, and his skilled building meant his services were in high demand. Twenty years later, with business booming, Zimri was ready to expand his bridge-building. He partnered with his brother Jonathan to form a larger company. The next year, in 1871, Zimri and Jonathan built the Martinsville Road Covered Bridge. The Clinton County Commissioners paid $4,000 for the project, a large sum by nineteenth century standards. It would have been impossible for Zimri to know how long his bridge would last, how 150 years later it would still be in regular use; a favorite for motorists and ambitious senior photographers alike. What Zimri did know was the importance of good craftsmanship, and of making things that last.

This commitment to excellence led Zimri and Jonathan to partner with Albert Israel Bailey the next year, and in 1872 the brothers changed their company name to Champion Iron Bridge and Manufacturing Co. The partners were innovators in the bridge building industry, patenting a wrought iron trussed arch bridge design known as the “Champion Wrought Iron Arch Bridge.” Innovations like these made Zimri’s new company a success from the start.

After several years of success during which Zimri was head of the bridge-building road crew, he decided to leave Champion Bridge in 1880. He left the company in good hands: Albert Israel Bailey, one of the original three founders, continued his role of general manager for Champion Bridge. A few years later, Bailey would become president of the company, eventually serving various roles at Champion Bridge for thirty years. Bailey was, by all accounts, a community leader and prolific businessman; according to a 1915 account Bailey also helped found the Auger Bit Company and served as vice-president of both the National Safety Soap Company and the Clinton County National Bank.

Under Albert Bailey’s capable leadership, the company grew and expanded, building bridges in every southern state east of the Mississippi. In 1884 Albert hired Abel Briggs, a local engineer with big ideas for the company. His influence led the company to begin using steel for its bridges, instead of iron. Steel is lighter than iron and has a higher tensile strength, making it a more reliable choice for construction projects. As one of the first bridge builders in the nation to adopt this approach, Champion Bridge was able to grow and expand further.

According to a 1915 history of Clinton County and the local businesses, Champion Bridge was the oldest highway bridge company in the United States. At the time, three-fourths of the company’s business was bridges, with only one-fourth devoted to steel for buildings and smaller projects.

In the early years, Champion Bridge moved its fabrication shop several times. The original shop was located in Hamilton, Ohio, before 1875, when the company built a larger shop in Wilmington. Finally, in 1893, Champion Bridge moved to its current location on East Sugartree Street. The company is still based out of the same building today, over a hundred years later. The building stood right next to a rail line, making it easy to bring in raw materials and load up steel, ready to be shipped across the country to bridge-building projects of all types.

For the first several decades of its existence, Champion Bridge built what its name implies— bridges. The company had erection crews located throughout the southern states, with offices in Alabama and Tennessee to organize and supervise production. In the 1930s, however, business began to slow down. As times changed, there was less demand for a dedicated bridge-building company, so Champion Bridge struggled to stay afloat. American Bridge Company, a merger of 28 smaller bridge companies organized by JP Morgan, was taking over the bridge building industry. Small bridge building operations such as Champion Bridge struggled to compete.

Into this dire situation stepped Ralph Miars. Starting with the company in 1913 as a draftsman, Miars tried to encourage the company to diversify its operations in the face of the Great Depression and the decreased demand for small bridge builders. Initially the company was resistant to change, and as losses began to pile up, the stockholders decided to liquidate the company. Times were tough, though, so they were unable to find buyers. In desperation, the stockholders eventually sold the company. The buyer they found was Ralph Miars, who thought he could bring Champion Bridge back from the brink and make it profitable again. Ralph Miars bought Champion Bridge in 1935, forming a partnership and diversifying the operations of Champion Bridge. Under the leadership of 42-year-old Miars, the company began to emphasize other types of steel fabrication, instead of limiting itself to the bridge market. This forethought enabled Champion Bridge to survive, even as most other bridge companies in the area were forced to close or merge with American Bridge. Today, Champion Bridge is entirely a steel fabrication company.

Over the years, Champion Bridge has passed to multiple owners. After Ralph Miars’ son Harry decided to retire in the 1980s, the company formed an Employee Stock Ownership Plan, or ESOP. This scheme lasted until the early 1990s, when longtime employee Randy Dell bought out the other owners to make Champion Bridge a family-owned company again. Today the company—now the oldest continuously operated business in the city—is owned and operated by Randy and his wife Diane. Randy’s son Noah also works for the business as a project manager. The Dell family has worked to expand the business and increase its footprint in the community. In 2019 they purchased the historic feed mill across the street as a home goods store, and they’ve added new services alongside steel fabrication, such as trailer rentals. Champion Bridge employs sixteen full-time workers, including welders, painters, truck drivers, and office staff.

It was through the Dell family that I first learned about Champion Bridge. My mother, who grew up in the community, knew the family since childhood, and we’ve gone to church with them for years. When Randy offered my dad a job, he realized the value of working in a family-owned, local company that had a history of quality craftsmanship stretching back over a hundred years. Champion Bridge is not unique because it’s a steel fabrication company- it’s unique because it can boast a lasting history of quality work spanning three centuries.

The first thing I remember about our new home in Ohio is the covered bridge. It’s more than just a bridge, though- it’s a monument to the past. It’s a link, a visual testament to the power of legacy, to the importance of quality, to the satisfaction of building something that lasts. Over its 150 year history, Champion Bridge has experienced the changes and challenges of decades. Despite it all, the company continues to provide steel that lasts, to build structures that will endure. How many buildings built with Champion Bridge steel will stand for the next 150 years? The Martinsville Road Covered Bridge hints at many more.

A Century of Bridges, David Miars

Bridge Companies, a history published by the Tennessee government