How to be Visionary: First Principles & Learning from History 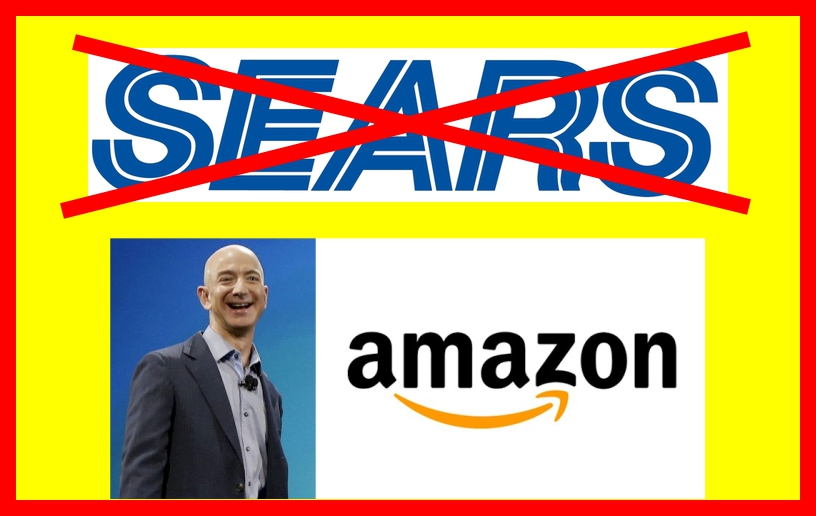 Today I write a more personal note, which we don’t often do in these newsletters.

My lifelong study of businesses, working in them and starting them, has led me to think about how one sees the future clearly.  The many great business leaders we profile on our website all had great strategies based on a vision of the future.

Many of those people – even me once or twice – have been called “visionaries.”  I never accepted the accolade (or curse) because I know how tricky predictions are, how fickle the future can be.  Many are fooled and it takes some luck to get it right.

But I recently came across my 1979 memorandum to my then-bosses at the multi-billion-dollar May Department Stores Company, in which I predicted the essential idea of Amazon fifteen years before its founding and twenty-five years before its rise to online commerce dominance.  At the time, Sears, Roebuck was the world’s largest and most profitable retail company.

My memo included this sentence:

A science fiction writer’s perspective on the 21st century would have Sears as one gigantic warehouse with instantaneous communication to every factory and household in the world and overnight delivery of every conceivable product at competitive prices due to systems efficiency.

I was twenty-eight years old and had been a student of retailing for ten years followed by six years working on and in the retail industry.  I was doing long-term planning and acquisitions analysis for May at their St. Louis headquarters.  I wrote the memo as a spur to thinking for our top management, something that had not asked for, but I wrote and sent them anyway.

I was far from an expert in retailing, still learning how stores succeeded from my bosses and mentors, ideas and techniques that my colleagues and I later applied in my first major startup.

But I had the advantage of thinking like an economist, which meant that I started with what might today be called “first principles.”  This is not a new idea.  Elon Musk, Charlie Munger, and Aristotle, among others, have praised this approach to thinking and to understanding the world around us.

I had also studied the lives and businesses of the great retailers of the past, enlightening me on the application of those first principles.

My thinking began with “why” we do things rather than “how” we do what we do.  “How” is what most businesspeople know and what is commonly taught in business education.  But knowing why your industry exists, its raison d’être, must precede every other thought.

My memo began this way:

Then the memo went on for a few pages tracing the evolution of retailing, consumer trends, and so on, leading to this section:

Then, towards the end of the memo, I wrote this:

Yet fourteen years later, in 1993, Sears shuttered its catalog operation, which was the biggest “direct to home” merchandising operation in the world.  The next year, Jeff Bezos founded Amazon.

In 2005, the May Department Stores Company was purchased by its biggest competitor for industry leadership, Federated Department Stores.  May no longer exists.  Neither do their executive offices and officers in St. Louis.

When I wrote my memo, nobody would have called me a visionary.  From the vantage point of age, I was just a kid.  I knew very little.  The future I saw was not based on the retail ideas then in vogue or on what was taught in business schools.  (Nothing I thought came from the one or two business classes I had taken).  My viewpoint was based on knowing the true purpose of the enterprise and industry.

I did not get everything right.  Today I no longer believe bricks and mortar stores will ever go away.  I now better understand the role of stores in serving people’s needs for human connection, for touch, for novelty, and for variety of experiences and environments.  Retailers which meet those needs will continue to prosper.

I imagine my bosses at May thought I was some far-out kid, dreaming about the irrelevant.  Certainly not a “visionary.”  And they were right to a degree: my vision was in fact irrelevant for fifteen to twenty years thereafter.  The memo contributed nothing to meeting the challenges of 1979, beating the competition, or increasing quarterly earnings that year, tasks on which I spent most of my working days.

Yet, ultimately, “big picture” strategic thinking that started from first purposes and principles did have merit.

At the American Business History Center, we focus on the past and do not make predictions about the future.  Yet looking back, thinking deeply about business strategy and success, yields insights that can help us see, and then navigate, the future.

As mentioned in my memo, important trends were already at work in 1979, years before they affected the retail industry.  The personal computer had recently arrived.  Telecommunications technologies were rapidly changing.  Federal Express was growing into FedEx, the world’s largest and most valuable airline, and UPS was adding more territories and services.

In 1997, the great business thinker and writer Peter Drucker wrote:

In human affairs—political, social, economic, or business—it is pointless to try to predict the future, let alone attempt to look ahead 75 years. But it is possible—and fruitful—to identify major events that have already happened, irrevocably, and that will have predictable effects in the next decade or two. It is possible, in other words, to identify and prepare for the future that has already happened.

Futurists enjoy looking into the distant future and dreaming up things that may seem crazy today.  But one must look no further than today to be a “visionary,” so long as our thinking starts with the first, most foundational principles of the business we are in, the raison d’être of our industry.

Those fundamental principles and purposes of an industry rarely change.  The insights I had in 1979 came not only from thinking like an economist, but from studying the retail leaders of the past, all the way back to the 1870s.  Even including learning from Sears.  In every era, the “winners” understood these ideas.

Studying history has the virtue of showing us the full lifecycle, the arc over time, of companies and industries.  We can see where they went wrong and why they failed, often by ignoring first principles.  We do not yet know the ultimate fate of Amazon, but we know what happened to Sears.

The real-world application of the concepts described in the preceding paragraphs can be found throughout the stories of business success (and failure) that we publish in this newsletter each week and on the American Business History Center website.