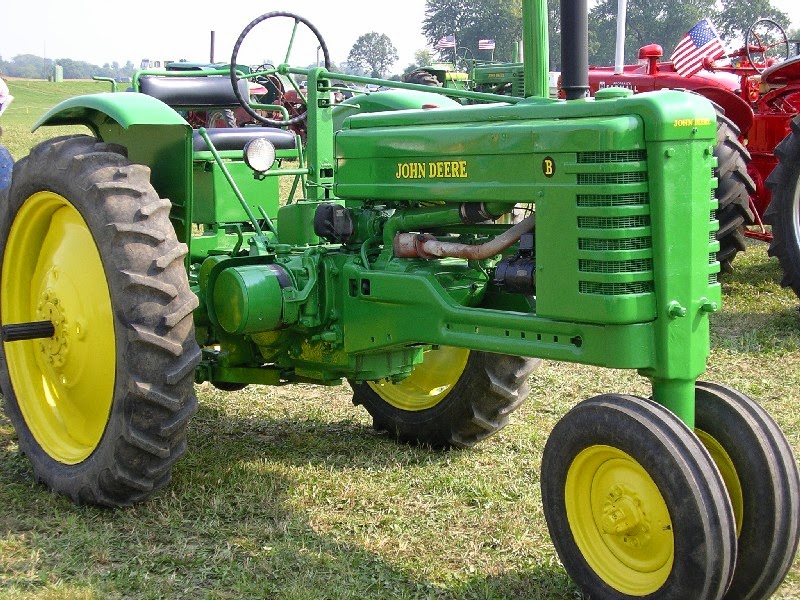 One of our key goals at the American Business History Center is to learn lessons from the successes and failures of the past.  In most of our weekly articles, we leave it to our readers to draw their own lessons, although we occasionally touch on what can be learned from these histories and biographies.  In this week’s article, which is adapted from a post we published at Hooversworld.com six years ago, we try to draw some general conclusions based on our fifty-eight years of studying thousands of companies in hundreds of industries.

In 1837, a blacksmith in Grand Detour, Illinois, struggled making plows for local farmers.  The traditional cast iron plows that were used back East did not cut through the moist Midwestern loam like they did sandy Eastern soils.  The blacksmith used a steel sawmill blade, resulting in a plow better suited to the prairie.  He only sold a few plows the next few years, while the big manufacturers were selling tens of thousands.  But he persisted, and made a success of the business.  The man was John Deere.  Deere’s company emerged as the largest farm equipment maker in the world by 1963, surpassing industry giant International Harvester that was created by J.P. Morgan in 1902.  Today, after 184 years in business, John Deere is led by its 10th Chief Executive Officer (CEO), a remarkable record of steadiness at the helm.

Today’s headlines leap off the page with new business models, disruptive innovators, and unicorns – companies which are valued at over $1 billion soon after founding.  It is easy to believe that building a company is complex, that it takes the “right” connections, or that the “rules” are changing all the time.  Or, worse yet, that it is easy to create and build a solid company.

I started studying business in 1963, when I was 12 years old, in order to better understand General Motors which dominated my hometown, Anderson, Indiana.  I cannot count the number of companies (and non-profits), big and small, in every industry and every part of the world, that I have investigated since then.  This curiosity led me to start the company that became Hoovers.com, one of the world’s leading providers of company profiles and other information.

My conversations, observations, and above all else reading and study have led me to the following conclusions.

If you read the business best sellers or the blogs, you may think it is “all” about corporate culture, cutting the right deal, great branding, financial management, technology, efficiency, or many other factors.

Each of these does play a role, sometimes a very important one, but will only work if the organization is built on the durable foundation of the six steps described below.

Most great lasting companies are built in a very similar way, which is neither complex nor hard to understand.  But it can be difficult to carry out, hard to live by.  Here I break it down into six steps.  Of course every industry, every era, and every leader must customize these ideas to fit their situation, and the execution of an idea can indeed become complex: consider what it takes to “execute” UPS or FedEx each day: millions of decisions made in thousands of locations.

1. See or find a real need of society.  This need can be enormous, or it can be in a niche.  It can be fundamental or fluff.  From energy-efficient cars to better chocolates, there are opportunities everywhere around us.  There must be people who need and will love what you design.

Often founders have the need themselves, or a loved one has it.  The founders of TripAdvisor got tired of bad advice from their travel agents.  The founders of Home Depot and of Walmart would have created their empires working for other, existing retailers, but were “forced” to do it on their own when the old-timers wouldn’t listen.  The inventor of the supermarket, one of America’s most important innovations, could not convince the bigwigs at the chains he worked for to try his new idea.  So he went out on his own and did it and changed the world.  As did Malcolm McLean, inventor of containerized shipping.

2.  Build a better mousetrap, something that truly adds value for your customers, that is clearly differentiated, that improves their lives, and that they are willing to pay for.  The entrepreneur knows that there is almost always a better way to do things.

3.  Then improve your product or service every day, for as long as the enterprise continues.  One of the founders of Ancestry.com told me the company added a new feature, usually historic records, every working day.  The Japanese are famous for their dedication to “continuous improvement.”  Some of the big ecommerce and other websites which rose up in the last 10 years seem to no longer invest in improvements.  Others, like TripAdvisor, get better and better.  Old leaders like Sears and Kmart go to sleep while more agile upstarts like Walmart change their world.

There are a million things to distract leaders from their core products and services: financial engineering, big “transformative” deals, acquisitions, dealing with Wall Street’s analysts and Washington’s regulators, and on and on.  Those things may earn headlines.  A shoe company making its shoes last a year longer does not.  But that’s what makes companies last longer.

Over time, great, “learning” organizations build their “knowledge base.”  They get better and better at what they do.  This the ultimate form of growth – internal, organic.  The great business historian Alfred Chandler repeatedly pointed out how companies have risen and fallen due to expanding or shrinking their knowledge base.

Continuous improvement drives how one thinks about competitors.  Over and over I have heard, “If you do that, the big companies will stomp you out.”  Or, “Others with deeper pockets will copy you and crush you.”  If these statements become true, you have chosen an awful business, or you do not have an idea that is truly better.

Great companies usually start small, with a single product or line that is superior.  As they evolve and learn, their competitors are left in their dust.  As long as you keep moving, you should not have to worry about anyone else.  They didn’t have the idea and they don’t have their heart in it.  Only naïve financial minds believe that “deep pockets” can win any battle.  Did the US military win in Vietnam?  Did Kmart stomp out Walmart?  Did Howard Johnson’s stop McDonald’s, and McDonald’s in turn kill off Starbucks?  Did Hilton nip Holiday Inns in the bud?  Did Blockbuster abolish Netflix?

People and organizations must above all else stay hungry.  The greatest causes of failure in large organizations are hubris, satisfaction, and complacency.  If you think the battle is over and you have won, you have probably lost.

4.  Continuously listen to, talk to, question and observe your present and potential customers.  Too few executives really know what it is like to be a customer of their own products and services.  Too few bankers have waited in line in the drive through or used a failed app – or studied the apps of their competitors.  Great enterprises obsess on customers.

5.  Be ambitious and believe in growth at an appropriate rate.  If you have something that makes the world better, don’t you owe it to your customers, your employees, your owners, and your suppliers to do it on a larger scale?  Whether that means expanding your business where it is, or opening stores or branches around the globe, great enterprises know there is no such thing as sitting still: you either grow or die.  (Though if you get too big or too diverse, losing focus, you may need to split into smaller enterprises to grow effectively, as United Technologies has recently done.)

Your growth must reflect the industry you are in and its growth rate, local or national dynamics, and most important of all, your own capabilities.  A common failure of startups and venture-backed companies is over-acceleration, driving the company so fast it goes off the road on a curve.  On the other hand, in public companies sometimes the expectations are set low to make life easy for the highly paid executives.

6.  Believe in yourself.  I sat on the board of Hoover’s when the majority desired to sell the company.  “We need to be part of a bigger company in order to prosper,” said the “sophisticated” investors.  But Morningstar, another upstart in the business information industry, never bought the idea that “we have to be part of a big outfit to survive” and continues as a strong, independent company, with a market valuation of almost $12 billion.  I am confident Walmart turned down many offers back when it was not in the top 50 retail chains.  Great companies which endure over the decades have a commitment to their independence.  They believe in themselves.

While those pursuing other models of organizational success, such as “built to flip,” may get the headlines and occasionally big “scores,” I believe any review of the great companies of the world will usually find these steps at the core of the organization.  This applies equally to non-profit organizations.  I believe that the criteria of the most successful long-term equity investors, such as Warren Buffett, are very similar to what I have enumerated here.

Our post on the three greatest companies in American history.

A great forthcoming book on the history of John Deere and its competitors, by Deere historian Neil Dahlstrom.

On commitment to corporate independent longevity, a most interesting book is The Living Company, by Arie De Geus.

The best book on how to build great companies since Peter Drucker died Is Hidden Champions of the Twenty-First Century by Hermann Simon.

Drucker on the “Theory of the Business,” which relates to my points above.  The key is to have a theory that works!

Alfred Chandler’s The Visible Hand on how companies are built and his book Inventing the Electronic Century which tells of the failure of American technology companies.

Good Strategy Bad Strategy by Richard Rumelt, one of the best books on strategy.

The Innovator’s DNA, the best book on how to come up with new ideas.

Perhaps the second-best book on how to come up with new ideas, my own book.