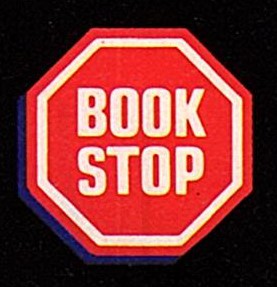 I started collecting books by the time I was 8 years old, starting with a Rand McNally world atlas.  I think it cost $1, and I still have it.  My addiction has led me to live with my 57,000 books in an odd old commercial building in a small historic Texas town, where each of the 34 rooms contains a different non-fiction subject.  I am never lonely.  Atlases have been joined by large collections on architecture, design, art, history, geography, business history, railroads, airlines, cars, science, nature, and reference books on almost every subject.  When I move on to the big library in the sky, my home will become one of the best used bookstores in America!

By the age of 12, I started studying business because no one could tell me much about General Motors, which employed 27,000 people in my 60,000-population hometown of Anderson, Indiana.  I subscribed to Fortune Magazine at 12, and by 13 had chosen retailing as my life’s calling.  My continuing education took me to the University of Chicago to study economics, Citibank in New York to analyze retail companies, and Federated Department Stores and May Department Stores to learn every aspect of retailing, from advertising to site selection.  But all along I knew I wanted to start my own retail chain.

In the 1970s, while doing those corporate jobs, I became enamored with the “superstore” or “category killer” idea pioneered by Charles Lazarus at Toys R Us – big stores, huge selections of one type of merchandise, low prices, and low real estate costs.  I came to believe that superstores would sweep through all types of retail stores, before there was a Home Depot or Best Buy.  Working as the book buyer for Sanger-Harris in Dallas, a division of Federated, I studied the outstanding independent Taylor’s Books and Half-Price Books.  I visited bookstores nationally and read everything I could get my hands on.  Over seven years, I concluded that demand for books would boom in the 1980s and 1990s, and that there was an opportunity to do a superstore concept focused on booklovers like me.

Book City was my big concept for Chicago, a city I love.  But it would take a few million dollars, and the venture capitalists laughed me out of their offices.  “How could you ever compete with B. Dalton and Waldenbooks?  No bookstore chain could do over a million dollars a store!  Do people even read anymore?”  In the Book City business plan, “Bookstops” were little kiosks (like PhotoMat booths….remember them?) that I wanted to sprinkle around the city offering bestsellers and key magazines.

Having used up my funds, I borrowed from my girlfriend to fly to meet with the venture capitalists, returning home at wit’s end.  But that trusty emotion, “I’ll show them!” kicked in.  How could I prove I was right, with less capital?  Analyzing demographics and population data, I had to go to a large college town that could support a million-dollar bookstore, a town where I could become the largest bookseller in town upon opening.  Austin beat out North Carolina’s Research Triangle, Ann Arbor, and Madison.  It was bigger, growing faster, and in my opinion had weaker competition.

I scratched together $350,000 from friends and their friends, packed my two dogs into the car, convinced an Austin motel to let me have a room on credit, and found a lawyer to get incorporated.  By that time, I had also been wooing the person I thought was the best book buyer in the country (from Taylor’s), Steve Mathews, and bookstore manager Dudley Jahnke to join me, as I knew I did not have all the expertise required.

On September 19, 1982, we opened our first store in Northwest Austin, about 4,000 square feet (the landlord refused to give us as much space as we wanted, saying no bookstore could justify 6,000).  Two doors down was the second store of another ambitious Austin startup, Whole Foods Market, where I later served on the Board of Directors.  Their founder pushed shopping carts; I wrote our inventory control and cash register program on a primordial microcomputer.  Bookstop’s goal was to do $1.4 million the first year, when the average US bookstore did under $500,000.  We hit $1.8 million that first year!

In 1983, we doubled to 2 stores, entering San Antonio.  In 1984, we tripled to 6 stores, including our highest volume store, the restored 1930s Alabama Theater in Houston.  In 1985, we doubled again to 12 stores, adding three in the Dallas area on the same day.  Continuing to study demographics, we focused on the three key growth states – Texas, Florida, and California.  We also put a store in the French Quarter in New Orleans.  In some markets, we used the name Bookstar because other companies already had the Bookstop name.  By 1989, we stretched from Miami to San Diego and were doing about $70 million a year, averaging $3 million per store.  The Alabama Theater did over $7 million and sold its huge inventory before we paid for it.  This story touches on the Alabama.

We always focused on innovation.  We introduced distribution centers to pre-mark and pre-sort the books – one each in Texas, Florida, and California.  These eliminated expensive backrooms in the stores and allowed our store staff to focus on customers, not receiving and marking.  Pre-sorting by subject also allowed us to get our stores opened faster, saving on expensive rent.

We offered our customers a membership card which saved them 10% on our already-discounted prices (which dramatically increased our average transaction).  We developed new ways of analyzing our inventory, focusing on management of the more-profitable and predictable backlist.  Bookstop continually upgraded our information systems.  We developed the most advanced custom price tag/labels in the industry, even including date of receipt and book cost, so that we did not have to look up invoices when making our limited returns.  Our returns to publishers were never above 5% of our purchases in an industry where 50% returns were not unheard-of.  We were among the first to scan every book (and membership card).

We discounted New York Times bestsellers 40%, making nothing on them, but our big backlist selection insured that they were never a disproportionate part of our revenue.  We thus made a higher gross margin percent than “copiers” like B. Dalton’s short-lived small discount stores, even though our prices were lower on every book.

We offered all our managers and assistant managers stock options in the company.  I wanted to give them to every employee, but by then we had venture capital backing and they would not support me on that.

We used our imagination to design the stores.  By angling the aisles, we exposed casual browsers to thousands of backlist titles that they would not see in a traditional rectangular layout.  In most of our locations, the main aisle was a baseball diamond.  Home plate was the entrance, cash register, and exit; the other bases were the key traffic generators: bestsellers, the newsstand, and the children’s section.  We creatively re-used a cafeteria, a grocery store, a skating rink, and a movie theater.  We won awards for our architecture and store design.

Our grand openings were creative and heavily advertised in all media.  We even gave away a car at one opening.  We even had the fire marshal prohibit more people from coming into one of our stores because of the grand opening crowds.  We donated part of the opening proceeds to local literacy and library organizations in every city.

We were all booklovers and readers and took books and magazines seriously.  We developed the best newsstand in every city.  We carried the complete $2000 Oxford English Dictionary in every store.  Because we discounted it 20%, we even got mail orders from the England from which it came!  We sold something like half of all the copies sold nationally of Langer’s great Encyclopedia of World History.  We continually sought out new authors, small publishers, and local authors and publishers.  Ingram, other wholesalers, and book publishers of all sizes and their sales reps played an important part in our success.

Steve Mathews became our President and Chief Operating Officer, while I was Chairman and CEO.  The company would not have succeeded without Steve and our many other great people at all levels.

But, as in most startups, we had some hiccups.  In 1989, after seven years, the venture capitalists decided it was time to replace the founder (me) with a retail veteran (Steve Jobs knew what that felt like!).  Shortly thereafter Len Riggio bought the company for $41.5 million through his B. Dalton and Barnes & Noble businesses.  The venture capitalists ended up tripling their money in eighteen months; the original investors of $350,000 made 11 times their money in 7 years.  Even after we sold the company, our very profitable older stores continued to post double-digit annual sales increases.

Over time the stores were rebranded as B&N or replaced with new B&N units.  I have been delighted with how Barnes & Noble carried out our vision and improved on it with their beautiful stores and cafes.  B&N fiction buyer Sessalee Hensley and top Austin store manager Mairead McDaniel came from our ranks, which were full of excellent people who loved customers and loved books.

Bookstores of all types and sizes remain my favorite places on earth.  I choose my hotels to be near them, whether in Portland or Sydney.  I have shopped bookstores in over 40 countries.  I have frequent shopper cards from stores in Moscow, Chiang Mai, Singapore, and Tel Aviv, although I have only visited most of those cities once.  I am pleased to know that print books and bookstores, new and used, bricks and clicks, are regaining momentum.  I will keep doing my part to support all of them.

Gary Hoover is the rare combination of a business scholar and practitioner.  He began the learning side by studying businesses large and small at the age of 12, and later studying under four Nobel Prize winning economists at the University of Chicago, including Milton Friedman.  His practical side led him to be a stock analyst on Wall Street and then a retail executive at Fortune 500 companies until he started his first company in Austin, Texas in 1982.  That was Bookstop, the first chain of giant book superstores, later purchased by industry leader Barnes & Noble.  Then he went on to found the company that evolved into Hoovers.com, one of the world’s leading company information websites.  Hoover’s went public in 1999 and is now owned by Dun & Bradstreet.  In 2009 he became the first Entrepreneur-in-Residence at the highly ranked McCombs Business School of the University of Texas at Austin, a role he now serves in the same University’s graduate School of Information.  He mentors entrepreneurs and speaks to corporate and government leaders worldwide.  His most recent book is The Lifetime Learner’s Guide to Reading and Learning.  Gary serves on the boards of the Flatonia Chamber of Commerce, the Flatonia Economic Development Corporation, and the Fayette County Tourism Association.  He lives in Flatonia, Texas, in his 57,000-book personal reference library.  He writes on business history, retailing, and a multitude of other subjects at Hooversworld.com.  In 2019, he and friends created the American Business History Center (www.americanbusinesshistory.org).