The Little Soft Drink That Could: The Pepsi Story 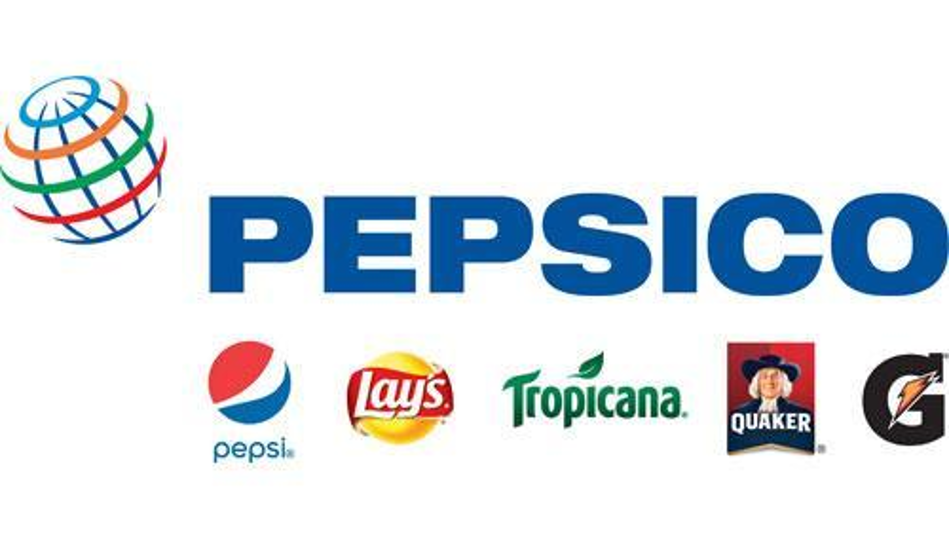 Happy Valentine’s Day!  Here is a sweet story of candy and soda pop, and of incredible persistence which overcame failure and controversy.

In 1893, young Caleb Bradham bought the drugstore at the corner of Middle and Pollock Streets in New Bern, North Carolina.  Jumping on the soda fountain craze sweeping the country, by 1898 he had invented his own drink, which he named “Pepsi-Cola.”  Bradham promoted the drink, expanding to fifteen bottlers in the Carolinas, Virginia, and West Virginia by 1906.  By 1910, he had lined up 280 bottlers.

After World War I, the price of sugar, a key ingredient, quadrupled from a nickel a pound to over twenty cents.  Bradham bought heavily in anticipation of even higher prices.  But when sugar then dropped to two or three cents, the business failed, filing for bankruptcy in 1923.  By this time, Coca-Cola had already emerged as the dominant brand, being sold around the United States and numerous foreign countries.  The future could not have looked worse for tiny Pepsi.

Nevertheless, New York investment broker Roy Megargel saw a future in the product.  As Pepsi was losing money on sugar, he tried to raise money to save the company, but the market was not interested and his efforts failed.  When Pepsi declared bankruptcy in the spring of 1923, a group of creditors took control of the company’s trademark, patents, and other assets for just $30,000.  That summer, Roy Megargel created a new Pepsi-Cola company and bought the creditors out for $35,000.

With full control of Pepsi, Megargel worked to keep the company alive, personally loaning it money and moving the offices and plant to Richmond, Virginia.  Despite his valiant efforts, Megargel was unable to keep the company solvent when the Great Depression hit.  In June 1931, Megargel’s renamed National Pepsi-Cola Corporation was declared bankrupt.  Again.

At this juncture, another man entered the game.  Charles Guth owned Mavis Candies, a Long Island company which made chocolate candies and chocolate soft drinks.  In 1929, he sold his candy company to Loft, Inc., for about $600,000 in Loft stock.  Loft operated over one hundred candy stores, largely in the New York area, under the names Loft, Mirror, and Happiness.  Most had soda fountains.

As the depression arrived, Loft’s stock and profits collapsed and Guth grew impatient with the old management.  After a bitter proxy fight, Guth prevailed and took control of Loft.  A man of strong opinions and will, Guth was not happy with Loft’s relationship with key supplier Coca-Cola.  Loft used 31,000 gallons of Coca-Cola syrup a year – the magic ingredient which, when mixed with carbonated water, yielded the famous drink.  Guth thought that, at that volume of business, Loft deserved a jobber’s or wholesaler’s discounted price on the syrup.  But the Coca-Cola Company would not budge; to the company, Loft was a retailer, not a wholesaler.  Guth asked his managers to find an alternative to Coke.

Roy Megargel telephoned Charles Guth, the two men met in New York, and in the summer of 1931, a new Delaware corporation was formed, the Pepsi-Cola Company.  Half owned by Guth personally and half by Megargel and friends, the new company bought the good will, trademark, and business of the bankrupt old Pepsi for $10,500.  Guth exercised total management control, and soon bought out Megargel’s shares.  Charles Guth now owned 91% of Pepsi.

Guth was not pleased with the taste of Pepsi and had his chemist at Loft change the formula until it was to Guth’s liking.

Loft’s quickly replaced Coke with Pepsi in its big candy and soda fountain chain.  But no one in the New York market had ever heard of Pepsi, and Loft’s use of cola syrup dropped from 31,000 gallons a year to 21,000.  Guth was nevertheless not dissuaded, continuing to believe that Pepsi had a future.

Soft drinks were mainly consumed at soda fountains, but bottled drinks were also becoming more popular.  The standard size was 6 ounces, priced at 5 cents.  In 1932, Guth experimented with a 12-ounce bottle for 10 cents, replete with a fancy foil wrapper at the top of the bottle.  Seeking better awareness and demand for Pepsi, Guth thought about dropping the standard bottle nickel price to 3 cents but resisted.  In another experiment in late 1933, he dropped the price of the large 12-ounce bottle to the same nickel that others charged for 6 ounces.  That one decision changed everything: Pepsi-Cola sales skyrocketed.

Charles Guth knew that for Pepsi to survive, especially with the lower profit margin generated by the nickel 12-ounce bottle, he had to grow – today it would be called “scaling.”  He built bottling plants around the country and signed up hundreds of bottlers.  In Long Island City, facing Manhattan across the East River, he built one of the largest soft drink plants in the world, replete with docks for unloading sugar from ships.

While Guth owned Pepsi, he had continued as the head of Loft’s, where he was a major shareholder but not in absolute control.  Guth put all his attention into Pepsi.  He made sure Loft’s loaned money to Pepsi to finance Pepsi’s growth.  Loft employees and facilities were used to make Pepsi successful.

In the meanwhile, Loft’s core candy store business slid from making a profit to losses approaching a million dollars a year.  In a cost-saving move, Guth laid off some Loft’s employees and cut the pay of many others.  The employees went on strike, trapping Guth in his office at Loft’s headquarters.  He had to be escorted out by the police.  Not a good situation!

The Loft’s Board of Directors accepted Guth’s resignation, and he was replaced with a new President at Loft’s.  At first everything seemed smooth, at least for Guth, who was now free to focus on his booming Pepsi business.

But the new head of Loft’s, James Carkner, found his situation dire.  The company was losing money and out of cash.  Carkner scrambled to raise money, but no investors were interested.  Then it was brought to his attention that maybe Loft’s should claim ownership of Pepsi, since Pepsi had been built with Loft’s people, money, and facilities.  Pepsi was worth perhaps $30 million, as its profits climbed to $3 million, then $4 million.  Carkner, with great effort, found a law firm willing to take on the Loft’s case against Guth and Pepsi on a contingency basis, since Loft’s had no funds with which to pay a guaranteed retainer fee.  He also found a financial firm willing to take a risk on the outcome of the suit, providing cash to Loft’s to keep the doors open while the lawsuit proceeded.

What followed was an intense proxy fight between Guth and Carkner and his backers over voting control of Loft’s.  Angry letters to shareholders flew back and forth, with each side accusing the other of lying.  Guth lost that battle, and Loft’s ended up being controlled by the financial firm which had bailed it out, led by one Walter Mack, Jr.

Still, Guth battled on, trying to maintain control of Pepsi.  More lawsuits and appeals to higher courts, more lawyers’ fees.  (The lawyers who took the Loft suit on a contingency basis ended up with about $5 million worth of stock, equivalent to $90 million today.)  When the dust finally settled, Guth received some compensation and the rights to bottle Pepsi in some cities, perhaps worth a few million dollars.  But 80% of the Pepsi-Cola company was now owned by the candy store chain Loft’s, whose stock soared in value.  In 1941, Loft’s renamed itself the Pepsi-Cola Company, under the leadership of Walter Mack.

Pepsi continued to build on Bradham’s brand and Guth’s foundation.  Walter Mack was succeeded by former Coca-Cola executive Albert Steele, whose wife, actress Joan Crawford, became a public face for Pepsi.  The company innovated with newly designed bottles and catchy advertising slogans and became THE competitor to Coca-Cola.  Pepsi began a long tradition of having great CEOs, though it was still far behind Coca-Cola by every measure.

In 1965, Pepsi’s highly regarded CEO Don Kendall, who led the company until 1986, put together a merger with Frito-Lay of Dallas, Texas.  Frito-Lay itself was the result of the 1961 merger between Herman Lay’s Atlanta company, the nation’s largest potato chip maker, and the San Antonio Doolin family’s Frito Company.  Frito-Lay owners received about 30% of the stock in the combined company, renamed PepsiCo.  Revenues jumped from $250 million in 1964 to $500 million in 1965, including Frito-Lay.

Most studies indicate that perhaps 70-80% of all mergers do not produce the great results anticipated.  In retrospect, the Pepsi merger with Frito-Lay must be considered one of the most successful business combinations in history.

While gaining some success on supermarket shelves, Pepsi struggled to compete with Coke in the restaurant market.  To assure a good customer for Pepsi products, in 1977 PepsiCo bought Taco Bell, followed by Pizza Hut the next year and Kentucky Fried Chicken in 1986.  Under PepsiCo management, this group became one of the largest restaurant organizations in the world.  In 1997, PepsiCo spun off the restaurant business to shareholders as the Tricon Global Restaurants.  That business continues very successfully today as Yum Brands, based in Louisville, Kentucky.  (In 2016, Yum Brands spun off the big Yum China operation, including about 6,000 KFC locations in that country.)

Over time, PepsiCo acquired other businesses, including Tropicana, Gatorade, and Quaker Oats.  They also introduced new products, such as Aquafina water.  In 2006, Indra Nooyi, born in India, became Pepsi’s CEO.  She compiled one of the best records of any female CEO of Fortune 500 company, leading the company until 2018.

In 2018, the last full year for which data is available, PepsiCo posted revenues of $64.7 billion and net profits of $12.5 billion, making it America’s 48th largest and 18th most profitable public company, and the largest food and beverage company based in the United States (Switzerland’s Nestle is larger).  PepsiCo’s return on assets of 16% was exceptional, ranking 34th of the 500 companies in Fortune’s list.  The still-great (and cola-dominant) Coca-Cola Company posted profits of $6.4 billion on revenues of $31.9 billion and a return on assets of under 8%, half the profitability of PepsiCo.

How did this performance gap evolve?  Attribute it to Donald Kendall and Herman Lay.  According to PepsiCo’s financial statements, in 2018 the company made just 20% of its operating profits from “Beverages North America” but 43% of profits from Frito-Lay North America.  54% of total company sales were from food, 46% from beverages.  Salty snacks seem to go well with non-alcoholic beverages!  And persistence pays off, even if it takes several attempts and leaders to make it work.