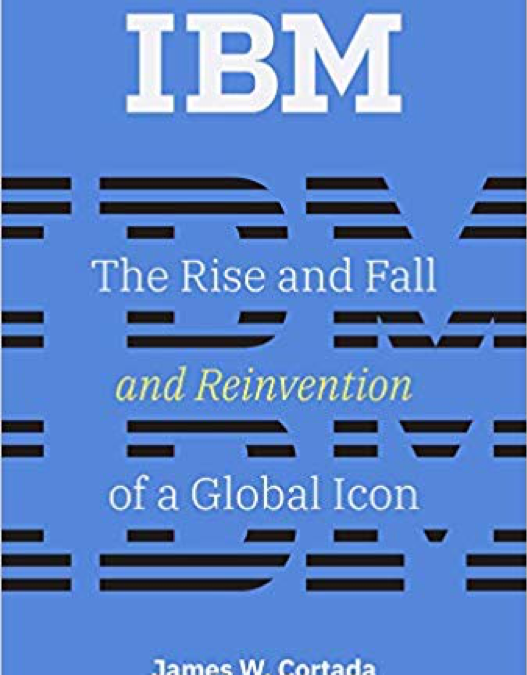 No technology company in history has been more successful in these pursuits than IBM, especially in its glory days from the 1930s through the 1970s.  Anyone who wants to understand tech companies – or business in general – is blessed by the book IBM: The Rise and Fall and Reinvention of a Global Icon by James W. Cortada, first published in March of 2019.

At the American Business History Center, we believe that “you cannot know where you are going unless you know where you are coming from.”  Steve Jobs also said that you can only connect the dots by looking backward.  Too often, business leaders fail to learn from the lessons of history and the successes and failures of companies and their managements.

In this post, we listed IBM as one of the three greatest American companies of all time.

Starting with a small consolidation of disparate enterprises, Thomas Watson, Sr. and his son Thomas Watson, Jr. developed IBM into the world’s largest maker of both hardware and software.  Inculcating a powerful sales and service culture, IBM at its peak was a wonder to behold.  These men overcame huge challenges, including not being the first mover in big computers (“mainframes”).  Their successors faced even greater challenges: by the early 1990s, IBM was almost bankrupt.  Then began a new era in the company’s life.

IBM indirectly touched the lives of most of the people on earth, as companies and governments bought and applied its many technology innovations.  With offices in over 150 nations, every inch of the globe was touched.  Over time, well over a million people worked for IBM, up to 400,000 at one time.  Few companies approach the number of patents it has generated.

Jim Cortada, a prodigious author on the history of the computer industry and a longtime IBM employee, weaves a great story.  His 750-page book is a page-turner for anyone interested in technology, business, or management.  His coverage of people, events, “wins,” and mistakes is comprehensive.

We could not recommend this book more highly.

We only wish that someone would write equally good, “serious” histories of such iconic companies as Sears, Roebuck (last good history dates from the 1950s), General Motors (most recent serious histories were written in the 1930s and 1960s), and General Electric (1940s).  Fortunately, an author has published the first of two volumes on the history of the Pennsylvania Railroad, which along with General Motors and IBM made up our “three best all-time” list.