Who is the Greatest Active American Entrepreneur? 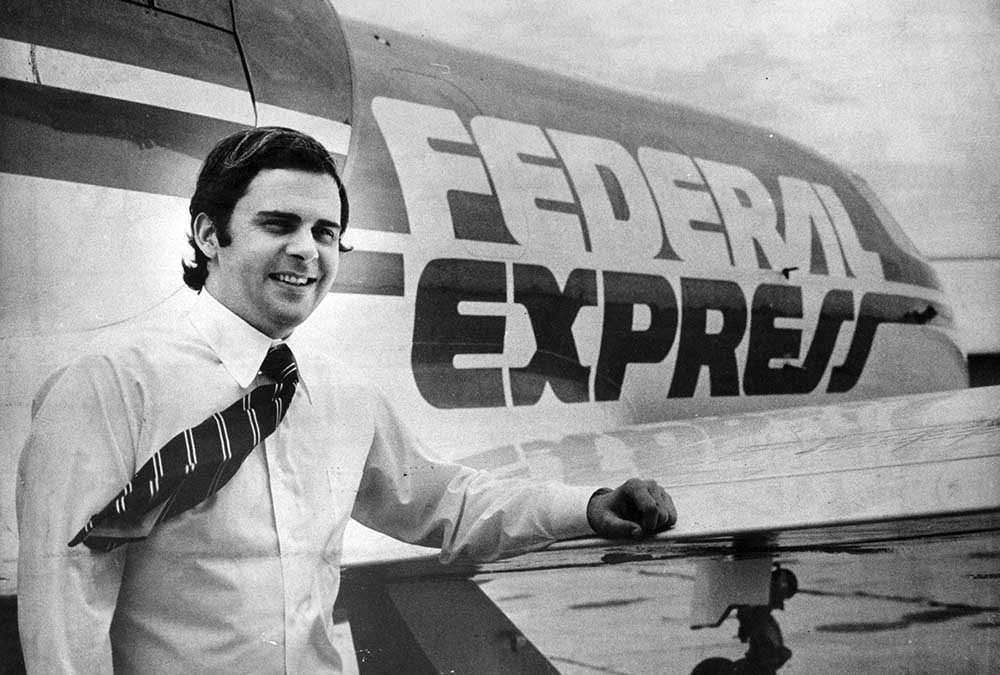 This article first appeared on May 31, 2017 on Hooversworld.com.

Who is the greatest active American Entrepreneur?  My students usually suggest the names of the founders of the new generation of Internet companies, names that are continuously in the news.  But I suggest another person, one who is not in the headlines quite so much, a name which usually surprises people.

First, my criteria for defining the greatest entrepreneurs – in any era:

Using these criteria in the past, the greatest American entrepreneurs of all time would include Henry Ford and George Eastman (of Eastman Kodak).  The list of candidates would be long.  My own personal favorite is Walt Disney, who created a world-changing industry (and company) out of a small and unique idea: the feature-length cartoon.  I give him extra credit for creating something “no one needed” – ideas and an enterprise that we could have lived without, but in fact now cannot imagine a world without.

Steve Jobs built a great company on subjective elements like design and user-friendliness; likewise, the Disney empire was built on something as hard-to-define as fantasy and laughter.

Among those great American entrepreneurs who are still active, I believe first prize goes to 72-year-old Fred Smith, the founder and still CEO of FedEx.  Smith first dreamed up FedEx for a college assignment, for which he reportedly got a poor grade because the idea was so unrealistic.  But Smith was true to his transportation DNA – his grandfather had been a steamboat captain and his late father had built one of the key intercity bus systems in the South, understanding hubs and spokes, selling out to Greyhound in the 1930s.

On crutches throughout grammar school, Smith overcame his disabilities to become an athlete.  He became a pilot at age 15.  After college, he went on to become a commander in the Marines in the heat of the Vietnam War, earning two Purple Hearts, a Bronze Star, and a Silver Star, among other awards.  Military discipline and some of his military buddies were instrumental in the creation and building of FedEx.

Returning to the idea in his college paper, Smith’s key insight was that the passenger airlines were not set up to efficiently handle freight.  The big airlines carried freight in their planes’ bellies as a sideline to the passenger business.  Smith believed freight needed its own system, not entangled in passenger hubs like Chicago’s O’Hare and Atlanta’s Hartsfield.  Freight also moved more efficiently overnight, not during congested daytime passenger peaks, but economics led the airlines to cut back on night flights in the 1960s and 1970s.

In a classic case of what Peter Drucker might call a “disconnect,” Smith was frustrated that it took up to five days to receive time-sensitive airplane parts, even using air freight.  Why couldn’t freight move as fast as passengers?  If he was frustrated, he was sure that the customers of IBM and other computer makers were even more disturbed when their whole mainframe systems went down, awaiting the arrival of a critical part.  Or lawyers awaiting time-sensitive documents and doctors awaiting organs for transplant.

In an industry first, Fred Smith knew his delivery service needed to include “the last mile,” trucks on highways taking the packages from his jets to their ultimate destination.  The company also was a key pioneer of the hub-and-spoke network (as opposed to point-to-point), later adopted by most passenger airlines.

Fred Smith had another insight: the image of the air freight industry had to be upgraded from a shabbily dressed guy chomping on a cigar working out of a shed behind the main airport.  To this day, FedEx has had some of the best service, best people, best branding, best logos, and best advertising in any industry.

Smith went through the classic cycles of bold entrepreneurship.  He borrowed money to buy two small jets to serve the bank clearing needs of the Federal Reserve (inspiration for the original name, Federal Express).  But the Federal Reserve Banks could not agree to his plan and he didn’t get the contract.  His early investors were crushed when he had to sell more shares at far lower prices (“down rounds”).  He could not cover expenses, and took the company’s meager funds to Las Vegas, where he made enough to help keep the doors open.

Naysayers vastly outnumbered believers.  Smith was taken to court by his own sisters for investing their inheritance in his hair-brained scheme to deliver time-sensitive parts and medical goods overnight (he bought out their interests and today he’s worth over $4 billion).  For years, he fought the regulators and the entrenched airlines for the right to fly where FedEx needed to and the right to fly larger and larger aircraft.  Smith struggled to find investors, some of whom tried to oust him from FedEx leadership.

Fast forward to today – FedEx, which turns 46 years old on June 18, 2017, is the world’s largest freight airline.  With total revenues of $50 billion, it is larger than any passenger airline in the world, 25% larger than American or Delta.  By market capitalization, it is more valuable than any passenger airline, at $50 billion, worth almost as much as American and United combined.

FedEx is also a great place to work.  Among the “100 Best Companies to Work For” named in the March 15, 2017 issue of Fortune Magazine, none has more employees than FedEx, with 335,000 people, outdistancing AT&T’s 269,000 and Marriott International’s 218,000.  Since its inception, FedEx under Smith has had a unique culture, priding itself on willingness to experiment and fail, on acceptance of new ideas from all levels, and on outstanding benefits – even for part-timers.

Most importantly, FedEx has had a global impact and its effect can be felt in every corner of the globe, in every business.  The world’s largest and most valuable transportation company, traditional package delivery leader UPS, got into the air to keep up with FedEx.  Today the intense competition between these two great companies makes each of them better.  Without FedEx, UPS, and their delivery competitors, there would be little or no ecommerce.

FedEx stands as one of the few great companies of our era which is still led by the founder, the fellow who had the imagination and guts to make it all happen.

Sooner or later, Fred Smith will pass the mantle at FedEx.  Then, if they are still active, I will have to re-evaluate other contenders.  Sam Walton, Bill Gates, and Steve Jobs are out of the “active” category.  Many propose Elon Musk, but let’s give him a little more time to see how many of his ideas work and how many have a significant and lasting impact on society.  My current best guess would be a dead heat between Amazon’s Jeff Bezos and Google’s Larry Page, both from the next generation of great entrepreneurs.  Bezos has led Amazon for 23 years, half Smith’s tenure, and Page has been at Google for 19 years.  Both require another 20+ years to reach Fred Smith’s 46 years of great leadership.

This article first appeared on May 31, 2017 on Hooversworld.com.