The Corporate Giant Whose History Almost Nobody Knows 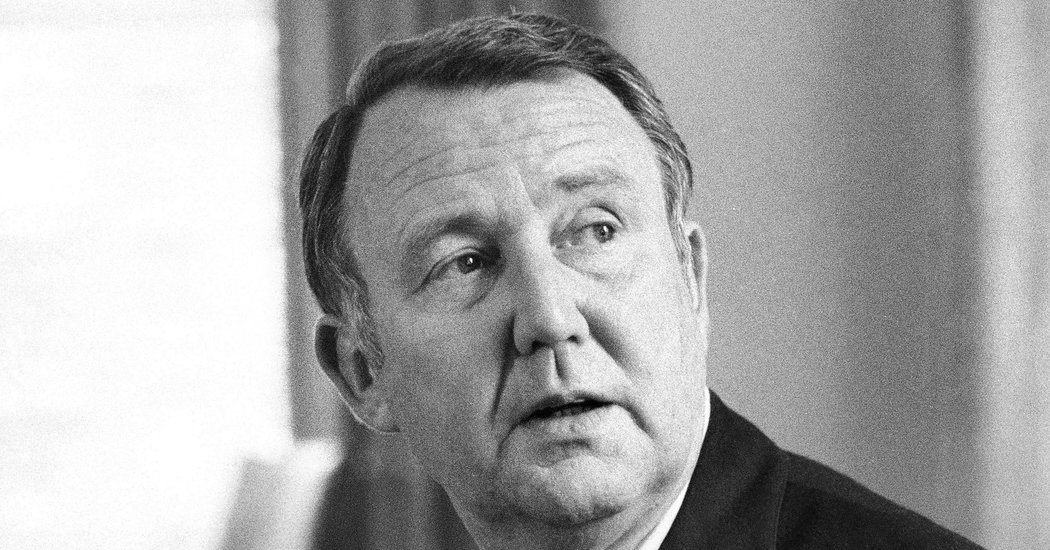 Originally Published on Hooversworld.com on May 22, 2018

Who would have guessed that a medium-sized retailer which never put its name on a store would evolve to become the 7th largest company in America, a place where millions of Americans shop every day?

My first job after studying economics at the University of Chicago was as an analyst of retail stocks for New York’s Citibank, then one of the largest institutional investors in the United States.  I was lucky to learn the business from my boss, veteran retail analyst Charles A. “Pete” Wetzel.

When I arrived at Citibank in 1973, one of Pete Wetzel’s favorite retail stocks was a company then called Melville Shoe.  One of his retail heroes was Francis C. “Frank” Rooney, the Chief Executive Officer (CEO) of Melville.  Soon Pete turned over responsibility for covering Melville to me.

Melville, founded by Frank Melville in 1892, rose to eminence as the operator of the highly profitable Thom McAn shoe store chain, one of the two industry giants alongside Kinney Shoes (owned by the F. W. Woolworth dime store company, which later evolved into Foot Locker).

Melville’s real goldmine and “growth engine” came when, in the 1960s, they took over the shoe departments in the Kmart discount store chain, which was growing dramatically at the time.  These leased departments were operated as a separate subsidiary, Meldisco, in which Kmart held a minority interest (under 25%).

While I covered the company, Kmart went to Melville and demanded a half-interest in the highly profitable Meldisco.  Melville had no choice but to comply, giving away millions of dollars in profits to their “partner.” Life was not always easy for the smaller company.

Frank Rooney had 8 kids, and they later reported that every Saturday morning he would pile a couple of them in his car and go out driving around to his shoe stores, probing managers and customers on “what worked” and what didn’t.

At the same time, Frank Rooney was very adventurous.  He knew there were risks in the shoe store business, and that there were risks with Kmart.  Despite the exceptional profitability and growth of Thom McAn and Meldisco, he began diversifying and experimenting with various retail concepts.  Melville bought Marshall’s and turned it into the largest off-price apparel retailer.  They bought Chess King in young men’s apparel.  They operated Foxmoor Casuals for young women, Linens and Things for the home, and eventually Kay-Bee Toys.  The name “Melville” was never seen on a store.

Few retail companies have ever been as aggressive at “trying things” to see what works.  It was as if the company was doing R&D – research and development – like an aerospace or pharmaceutical company might do.

Years after my exposure to Frank Rooney and Melville, Jim Collins wrote the business bestseller Built to Last.  In it he picked a great company and a “comparison” company in each of several industries.  The “comparison” companies supposedly ranged from good (not great) to sick.  In the shoe retailing business, he picked Nordstrom, which had begun as a shoe retailer and morphed into one of the hottest retailers in the country, for his great company.  The comparison (weaker) company was lowly and “boring” Melville Shoe.  The thesis was that the “greats,” as understood through Collin’s findings and theories, were vastly superior to the comparison firms.  And had far brighter futures.

But in the midst of this history, in 1969, Frank Rooney’s Melville picked up a tiny six-year old Rhode Island drug store chain called Consumers Value Stores.  We at Citibank worried that this was a misfire, but with his diverse portfolio of stores, we did not lose sleep over our investment in Melville’s future.  Nevertheless, how could the apparel- and shoe-centered Melville compete in this new field against established drug store chains like Walgreen’s, Jack Eckerd, Rite Aid, Revco, People’s, Long’s, Thrifty, and many others?

Melville Shoe was later renamed Melville Corporation to reflect its diversity.  When Frank Rooney stepped down in 1987, after 23 years in the driver’s seat (and 34 years with the company), the value of Melville’s shares had risen 60-fold (19.5% per year compounded).  Annual sales had risen from $180 million to $7 billion. The company had grown year-in, year-out, quarter-in, quarter-out, always among the most profitable retailers in America.

First, Stanley Goldstein, son of one of the founders of Consumers Value Stores (now renamed CVS), took over the helm of Melville.  He went on to shed the shoe businesses, Marshall’s, and the other non-drug store businesses.  The company evolved into CVS Health.

Second, despite his age, three years after he retired, Frank Rooney took over his father-in-law’s small shoe company, H.H. Brown.  Within a year H.H. Brown caught the attention of Warren Buffett, whose Berkshire Hathaway bought the company but kept the aging Frank Rooney as CEO.  Rooney and Buffett became friends, and Rooney became a key advisor on Buffett’s many retail investments.

Buffett wrote his shareholders, “Much of my enthusiasm for this purchase came from Frank’s willingness to continue as CEO.  Like most of our managers, he had no financial need to work but does so because he loves the game and likes to excel.  Managers of this stripe cannot be “hired” in the normal sense of the word.  What we must do is provide a concert hall in which business artists of this class will wish to perform.”

By 2017, CVS Health had gone on to become the 7th largest company in the United States, with annual revenues of $184 billion and profits of over $6 billion.  This places the company just ahead of Amazon, AT&T, and longtime number one General Motors on Fortune magazine’s list of the 500 largest American companies.

Over the years, Melville/CVS stock has far out-performed that of Jim Collins’ favored Nordstrom.

Frank Rooney died in 2015 at age 93, undoubtedly still visiting his beloved stores up until the end.  That love of stores, but above all else a rare willingness to try new ideas, created the roots for the CVS behemoth of today.

Read another case of a retailer which experimented, eventually re-inventing themselves:

And more analyses of Collins’s book: